2020 PUNK BANDS FROM THE UK TO GET OBSESSED WITH

These are some of our favourite 2020 punk bands in the UK right now.

These are the bands that make us stomp, sing and scream along with their lyrics.

Some controversial lyrics, inspirational words and a political fight to the death.

This is a look into our four favourite 2020 punk bands.

If you don’t know who Idles are… Where have you been?! If you are guilty of not knowing these guys, Idles are a band from Bristol, formed in 2009. They have been doing rather well as of late, going from strength to strength. Performing at Glastonbury last year, consistently selling out venues and winning the 2019 Kerrang! Award for Best British Breakthrough Act. So that means they’re pretty good right? right.

I think the thing about us is we’ve always had the same ethos together, the same spirit. We’ve always been about togetherness and, just being open minded, caring. You Know alot of focus around love and passion towards humans and humanity but in a voilent and angry sounding way.

Idles are like heroes without capes. They take on many big subjects and problems with the world in the lyrics. One of the problems in the world right now which is put infront of you in their song “Samaritans”.

“Man up Sit down, chin up, pipe down, socks up, don’t cry, drink up, just lie, grow some balls, he said.” These are the words men hear all too much. Joe has opened up and said that it was his therapist that said he had to allow himself to be vulnerable. He said to GROOVYTUNES that it was like a weight on his shoulders. Joe also said that he has read the book “Center Man” and it explains to the reader about how bad Toxic Masculinity is to a man and the damage that it causes.

You can gather that IDLES are all about the people and this is shown perfectly in their music. Especially in their “Danny Nedelko” record. Who’s Danny Nedelko, I hear you asking? Danny Nedelko is a Ukrainian immigrant who’s the lead singer of the band Heavy Lungs. Danny and the band are very close with the IDLES. The lyrics “My blood brother is an immigrant, a beautiful immigrant” is heard right from the start. A truly great track and one that we all need to hear right now.

IDLES have two albums which you really must listen to. As soon as you finish reading this blog of course! These are “Brutalism” (2017) and “Joy as an Act of Resistance”(2018).

They have also just released a record with all of your favourites recorded live when the band were on tour in France. “A BEAUTIFUL THING: LIVE AT LE BATACLAN”. Be sure to check that out! Listen to it here.

Witch Fever are a band from Manchester. Having all met each other at Manchester university they decided to start their own band in 2016. This fierce four are known for a powerful in-your-face performance which hits all of the right notes (literally) every time. I think it should be a very good year for Witch Fever, that’s why they’re high up in our “2020 punk bands in the uk to get obsessed” with blog. They have a new music video coming up, their following on social media is on the rise and the girls have just rubbed shoulders with Idles front man Joe Tablot. Witch Fever and Faux Pas were playing in the “Joe Tablot – In conversation with Clive Boom” gig at Manchester just recently.

Amy the lead singer has a great haunting voice which is emphasized even further by the riffs which are most definitely from a place of pure evil. All of these things combined make a great, addictive sound. Describing themselves as Doom Punk, we feel that probably hits the nail on the head.

They fight and completely overcome the people which try to put them down. Unfortunately they have been (like many female acts) the subject of abuse and harassment at gigs by sexist idiots. Most notably at Bristol in 2018. However, the comeback was superb. “This song is about the cunt telling us to take our tops off. OFF WITH HIS HEAD!” Amy and Alex scream.

It’s important to us to dispel any myths about women only being pretty or quiet or delicate – of course women are these things at times but they are not ONLY these things. On stage, we make femininity about anger, power and strength.

WITCH FEVER have a new record out, with two tracks – “Berzerk(h)er” and “The Hallow”. You can stream their record here. The girls have a new music video for “Berzerk(h)er” coming out soon, so keep your eyes pealed!

Pussyliquor are a punk band from Brighton that are full of fun and energy. The beauty of these talented ladies is that they maintain a good balance between fun and the serious. The serious shows itself in the lyrics. That’s what makes them so likable and why they’re here on our 2020 punk bands list.

Starting with the serious side of things, these are the lyrics from a song on their “7 inch wonder” record “Hurtz” – “Learn my place and do not speak! Hurts cus’ he likes you, hurts cus’ he likes you”. With songs you can always take out from them and make them into what situation you think its to do with.

Ari has said that that the song was about when you’re younger you’re always told that your elders would often tell you ‘oh he’s only mean because he likes you’. But this is actually about spotting abusive traits in their partners. That it’s not ‘boys just being boys’.

I think especially when you’re starting this kind of project and you’re trying to talk about feminism, about important things. Alot of the time you feel and still feel like the rest of the world aren’t listening to you and the way to get through is by shock factor.

Then you have the fun! “What the f*ck did I do last night? Did I get laid or get into a fight?” – Lyrics from their track “Get Out” again on their “7 inch wonder” record. This tune is the song you’d listen to when you’re hungover after a night with your partners in crime. In my opinion, this song is like Arctic Monkeys “I bet that you look good on the dancefloor”. It’s probably the first song you should go to when you start listening to them. One of their best, if not their best!

Pussyliquor’s most recent record is called “what of it” with 3 tracks. You can stream the record here on spotify.

The thing I like about the cramps is that you could literally pick up their record from never listening to them before, and immediately being drawn in. Full of great tracks where you can get to know the catchy lyrics rather quickly and repeat them yourself.

I feel like I have always been politically opinionated and outspoken. People would call me a rebel without a cause because I used to shout and scream about injustices in the classroom. I even lied about being the union rep at one of my jobs. I think I just came out of the womb like that.

Some of your favourite people are under attack by the cramps too, no one is safe. Pretty harsh? Or are they just giving you the hard facts? We’ll let you decide. Their song “Idols” is certainly an interesting one. “Kate Bush is a Tory, David Bowie is dead, everyone’s a cunt he took a 14 year old to bed. John Lennon preached peace but then he hit his wife.” Woah? Woah. You get the feeling that the cramps take no prisoners.

“Free Bleedin'” is their most recent record, with 14 tracks. Take a listen for yourself, streaming now on Spotify here.

So that concludes our 2020 punk bands from the UK to get obsessed with.

Search them up social media, get youtubing them and stream away!

Have you seen our punk collection yet?… No? Take a look here – Punk Collection

If you feel like we have missed a punk band which you’re loving right now, give us a comment below on who you think should of been on the list.

Let us know in the comments below. 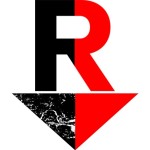